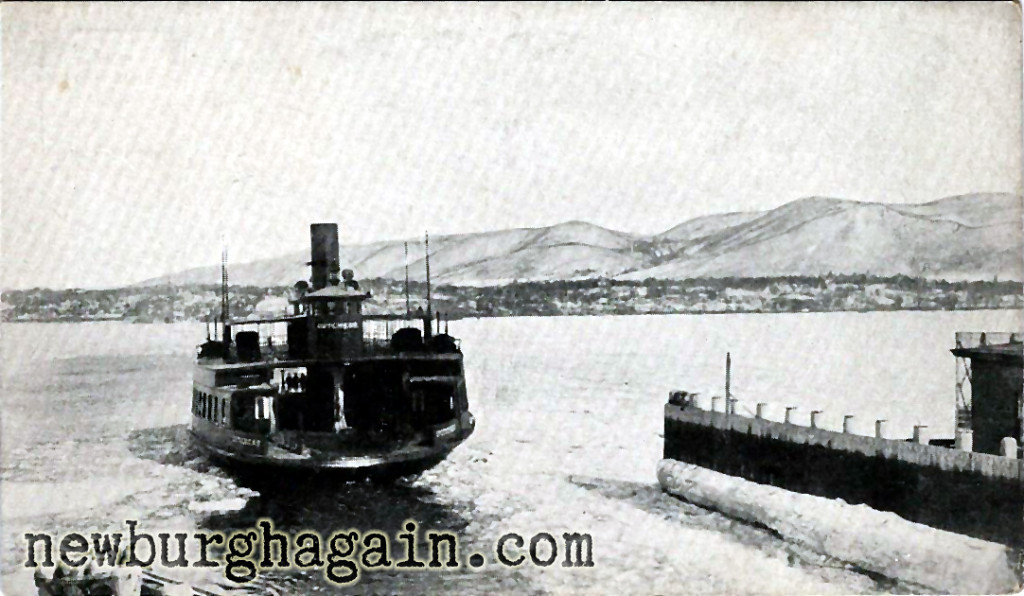 In this as in every winter since 1881. the Newburgh-Beacon Ferry has kept up regular service.

No other Ferry on the Hudson operates during the severe winters.

It would be more profitable if the ferry suspended operations during the season of heavy ice, but that would entail discomfort and exposure to its patrons if they had to cross the ice during the gales, storms, and zero temperature of the winter months, and besides, we have pardonable pride in our record, and intend to live up to it.

History from the Newburgh-Fishkill Ferry as told by the New York State Bridge Authority: 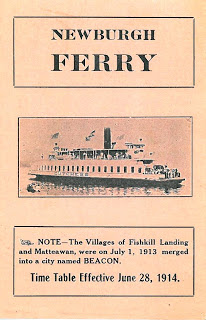 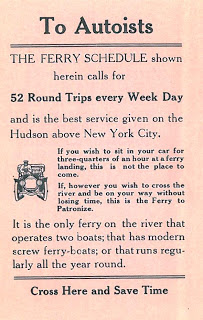 In 1743, an “official” ferry was established when Alexander Colden received a royal charter from King George II to carry passengers and goods for profit. The American Revolution brought national importance to the ferry, making it possible to keep open communication between patriots in New England and the Continental Congress in Philadelphia.
George Washington and both John and Samuel Adams used the ferry to lead armies. By the nature of the territory, George Washington was convinced to set up headquarters in the area before the Battle of Yorktown and to use the site to oversee British withdrawal following Cornwallis’ surrender.
The right to operate ferries between Beacon and Newburgh was bestowed upon the Ramsdell family by the heirs of Alexander Colden. They ran the ferry through the Steamboat Era until 1956 when NYSBA took over ferry services. When NYSBA took over the Beacon ferry in 1956, it had been in poor shape for years and soon became the last ferry route north of New York City.
The last ferries, the Dutchess, the Orange, (both built by Newburgh shipyards) and the Beacon maintained ferry service until Sunday, November 3, 1963, one day after the opening of the original Newburgh-Beacon Bridge.  Shortly after 5 P.M. that day, the Dutchess and the Orange met at mid-river, signaled a final salute and formally retired the Newburgh-Beacon ferry into history after 220 years. 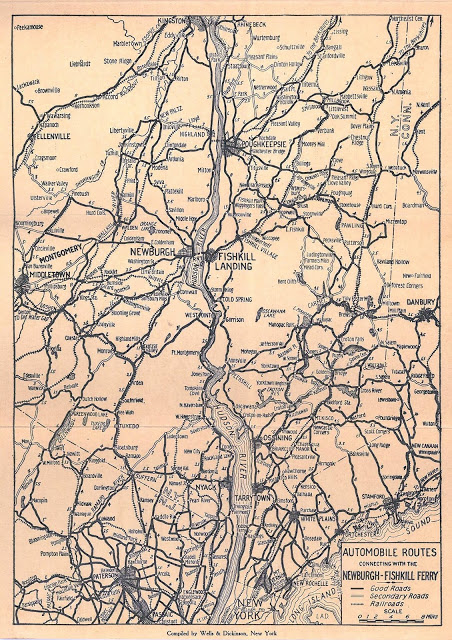