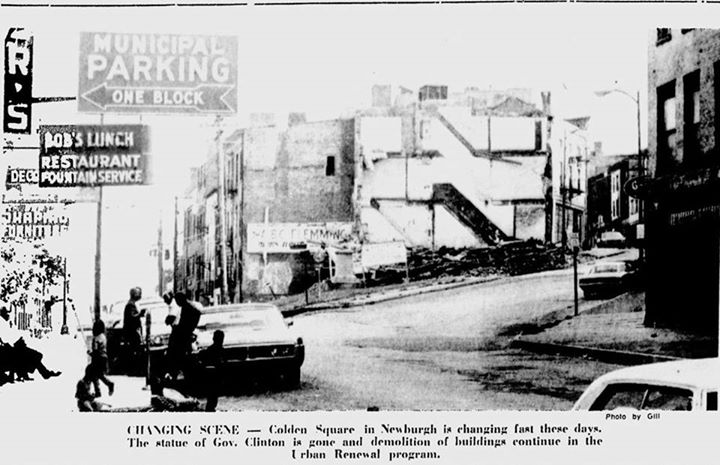 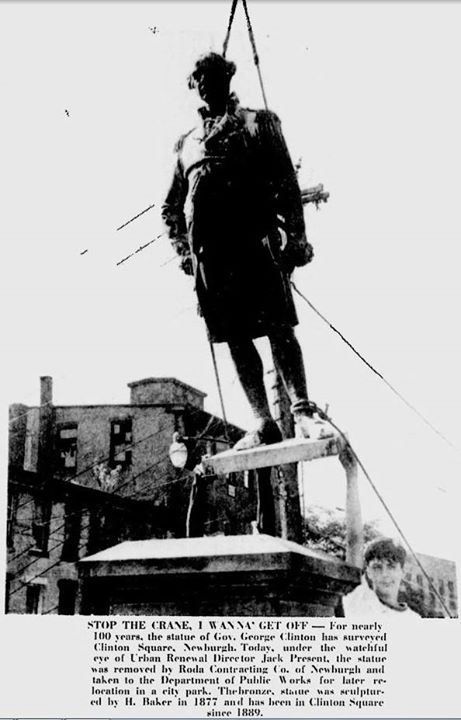 First City Church To Use Electricity

The First Presbyterian Church here was the first church in New York State to be illuminated by electricity.

“The inspection of the electric light in Newburgh by Thomas A. Edison and others, including prominent gentlemen from New York, Poughkeepsie, and Norfolk, Va.,” is detailed in account in the Daily Journal, dated April 25, 1884.

One of the sites inspected was the church at South and Grand Street, now Calvary Presbyterian Church.

The century-old report came to light as the Historical Society of Newburgh Bay and the Highlands and Central Hudson cosponsored the centennial of the first electricity in Newburgh.

The newspaper listed the visitors, a veritable who’s who of the business and financial leaders of the era. They arrived at 6 p. m., according to the report.

Understanding the electric station in Newburgh was a model one, they wanted a close look. The Poughkeepsie contingent was considering organization of a company there to adopt electric light.

After supper at the “United States Hotel” (later the Palatine), visitors walked to the Montgomery Street electric plant and then to the church.

The lights were turned on and they were praised by the visitors as very fine and brilliant.

The century old account continues: “Mr. Edison remained at the electric building, to converse with Mr. T.C. Conant, the electrician in charge, and other gentlemen.

“Mr. Edison, the great inventor, is a gentleman of ordinary appearance. He dresses in plain black, and wears a square-crown black hat. He is an incessant smoker, and during the animated conversations that he had while here a fragrant Havana contributed toward making him at ease.

“He is a ready conversationalist and when in conversation his countenance is illuminated, and a glance at in convinces the ordinary observer that he is a man of great brain power.”

“That he understands the working of electricity thoroughly goes without saying. He was very highly pleased with his visit, and complimented the gentlemen attached to the station here for the thoroughness of their work. He did not suggest improvements in its conduct, as the requirements had been well met. Other gentlemen spoke very favorably of the workings of the electric light, of its great merit, and the complete manner in which it was controlled and managed.”

“The visitors returned to the United States Hotel after their tour of inspection, held a brief conversation among themselves and a few Newburgh gentlemen, with whom they were acquainted, and then took the $.10 boat for Fishkill, the two parties separating at that place, and returning to their respective destinations, New York and Poughkeepsie.”

The Rev. Carlos Lantis, current pastor of Calvary Presbyterian Church, researched the material and church secretary Betty Schoonmaker typed the information from a microfilmed copy to submit the material to the Evening News – helping to recall references of Newburgh and the historic edifice.

“UNITED STATES HOTEL”
Newburgh.
Immediately at the head of the now Steamboat and Ferry Wharf, stands the spacious building erected during, the past year by Col. Carpenter for a public Hotel, and just finished, and opened try Col. E. Hathaway under the above cognomen, ,the “United States Hotel”. The location and admirable construction of this noble edifice are peculiarly calculated to render it one of the most agreeable retreats in the warm season, in the state.
It is built of brick, five stories high. On the side, fronting the water are three piazzas, extending the whole breadth of the building, sustained by lofty free-stone pillars, and enclosed with iron railings. The building is surmounted by a large observatory and promenade, commanding a view of the Highland mountains, West Point, the-verdant hills and rich fields of Dutchess, with the Newburgh Bay, and the Hudson, for ten or fifteen miles, forming a picture rarely met with in this or any other country.
In addition to its superb bar and dining rooms, there are nine Parlours, public and private, with near ninety lodging rooms, variously arranged for the accommodation of individuals or families ; and from the basement to the attick nothing is wanting in the furnishing of the United States Hotel; to render it what it was designed to be by its proprietor, a house of the very first class.
Of mine host and hostess of the “United States,” it is needless to say that they are qualified both by nature and experience to have charge of such an establishment.
***************